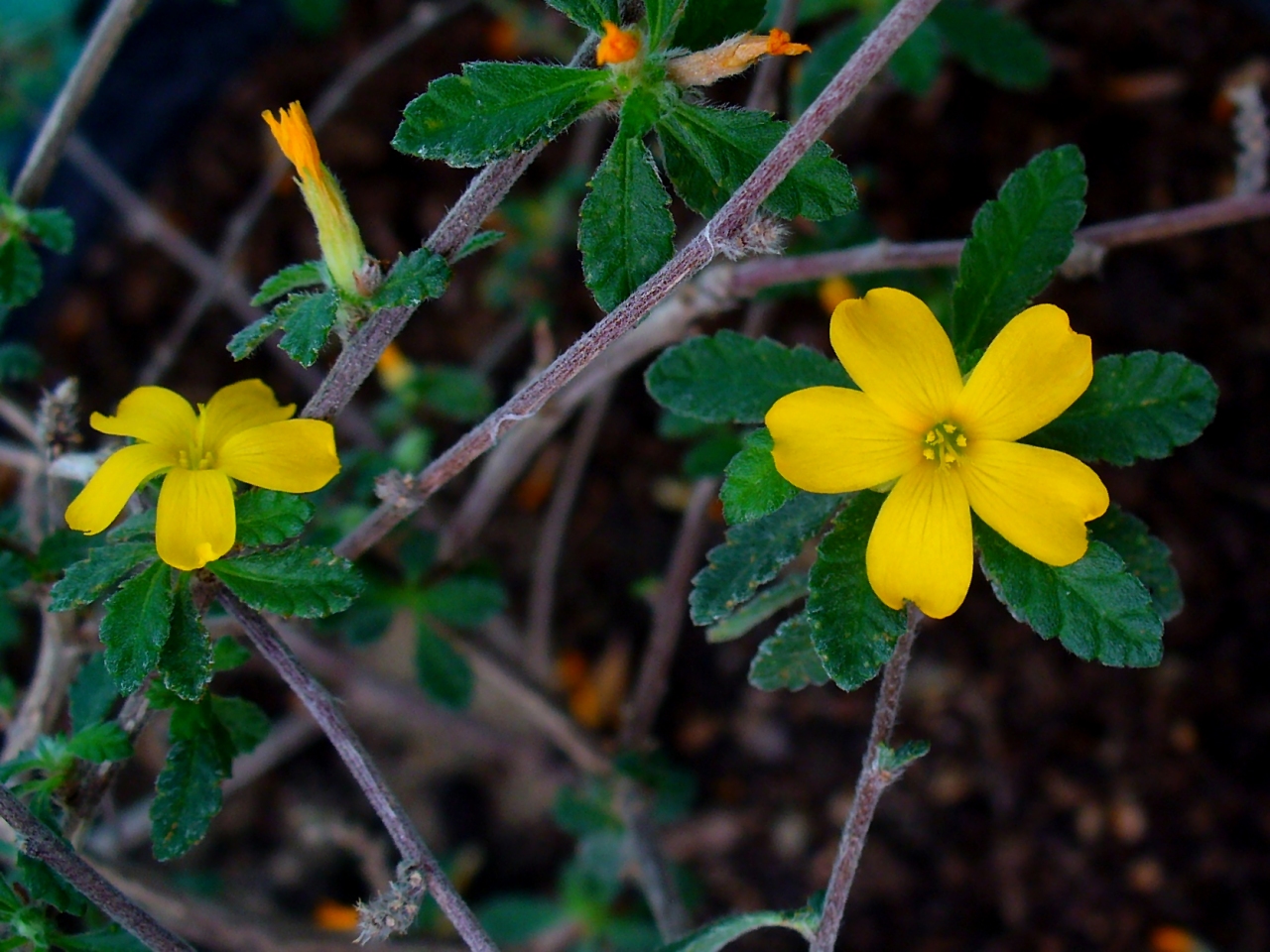 Damiana is a small, fragrant, flowering shrub native to southwestern Texas, Central America, Mexico, South America, and the Caribbean in the Passifloraceae family. It has multiple woody branches from which leaves and flowers sprout at each node. It’s aromatic yellow summer flowers are five-petaled and radially symmetrical and it’s small dark green leaves have glaborous undersides with smooth tops, serrated margin. They are ovo-lanceolate shaped with short petioles and conspicuous indented pinnate veins. The inconspicuous fruit taste similar to figs and grow in rough, three chambered shells. Damiana is best started indoors, and moved outside when all danger of frost has passed. Keep mulched in well drained soil; it can tolerate a range of soils, as long as the soils are not flooded or retaining too much water.

Medicinal Uses
Damiana is a pungent, heating nerve and brain tonic, anti-depressant, urinary antiseptic, laxative, and aphrodisiac. As a nerve tonic, it has an overall strengthening affect on the nervous system and hormonal system. It’s also useful for anxiety and depression, especially when there is a sexual factor at the root of these anxieties. It’s a good sexual stimulant and tonic for sexual debility, and is said to help “treat sexual frigidity” in both men and women. It’s a good toner for the whole male reproductive system, and has alkaloids that have testosterone like actions. Damiana is also good for curing constipation and improving and regulating digestion. It has also shown to be an anti-catarrh for the renal system and relieves respiratory issues such as irritable coughs.

Folk Uses
Damiana leaves have traditionally been made into teas and incenses, which were used by native people of Central and South America for its relaxing effects. Spanish missionaries first recorded that the Mexican Indians drank Damiana tea mixed with sugar as an aphrodisiac. Some claim damiana tea has a relaxing effect not-unlike low doses of cannabis. Damiana is an ingredient in a traditional Mexican liqueur popular in Southern Baja California, used in lieu of triple sec in margaritas. Damiana margaritas are claimed to be the original margarita. Damiana is prohibited in Louisiana.

Dosage
1 teaspoon of dried leaves per cup of water, infused for 10-15 minutes, taken three times a day. As a nerve tonic, combine with oatstraw or oats. It also combines well with skullcap or kola nut. As a good male tonic, combine with saw palmetto 1:1. A stimulating but refreshing aphrodisiac tea is a mixture of rose petal, damiana, and cinnamon.