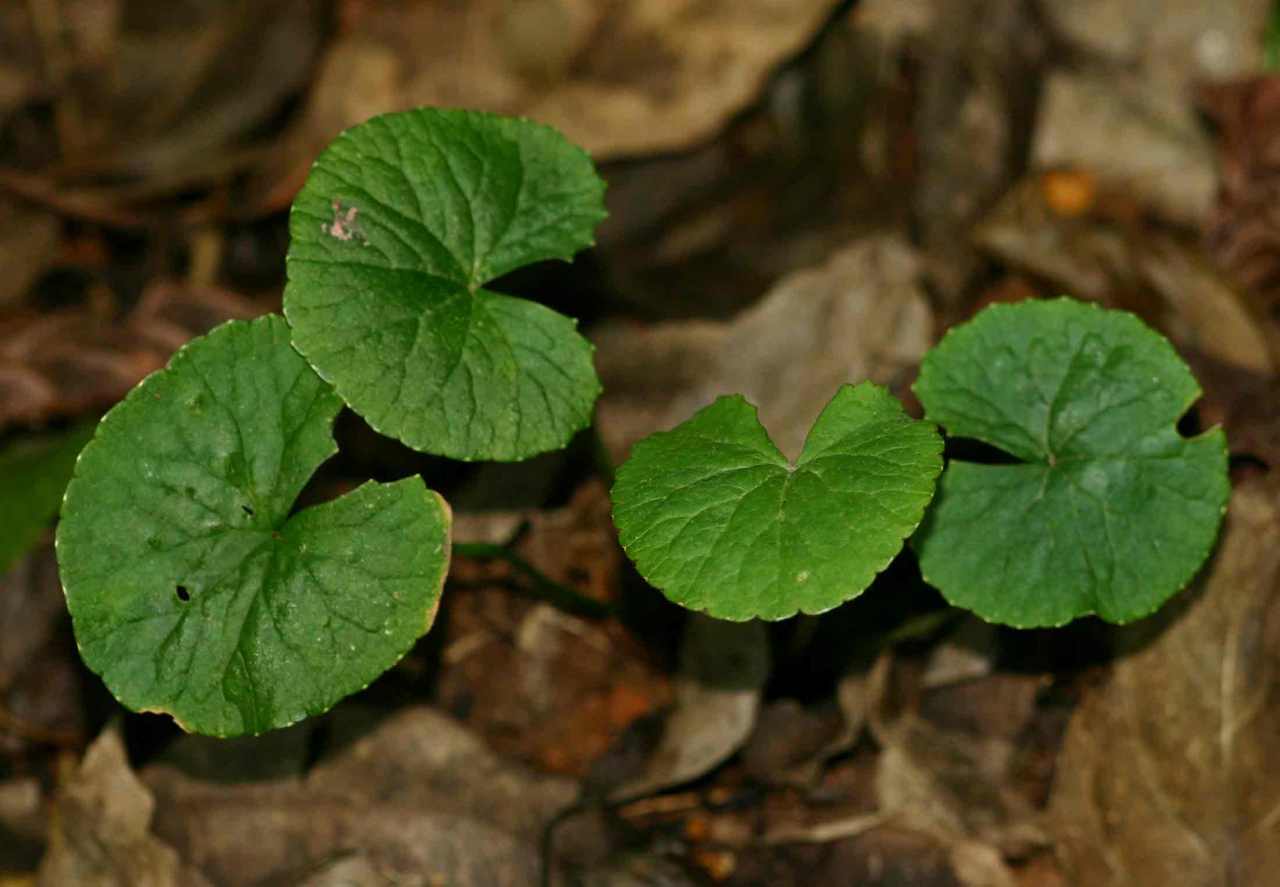 Gotu Kola, sometimes known as Pennywort, is a small, creeping plant in the Apiacea family native to wetlands of Asia, typically found in marshy areas. It has small, fan shaped leaves with scalloped margins that can be harvested year round, inconspicuous umbels of reddish pink flowers, and roots growing along it’s prostrate stem. In some cases, Indian and Southeast Asian Gotu Kola has shown to contain high levels of bacterial contamination, possibly from having been harvested from sewage ditches where it happily grows. Because the plant prefers mesic environments, it is especially sensitive to pollutants in the water, which are easily absorbed by the plant. It can be grown easily by seed or root division and although it is a tropical plant, can tolerate cold temperatures.

Medicinal Uses
Gotu Kola is used as a medicinal herb in Ayurvedic medicine, traditional African medicine, and traditional Chinese medicine. It’s shown to be an anti-inflammatory, tonic, diuretic, slight laxative, slight sedative, and wound-healing herb. Longevity claims for Gota Kola are exaggerated and typically sales hype, however, it is a great herb for accelerating the of healing wounds and burns, relieving symptoms of psoriasis, and treating varicose veins by strengthening the veins and improving circulation while reducing swelling. It’s also shown that regular use can significantly drop high blood pressure. Some studies have shown that it helps to improve memory, most likely due to it’s strengthening actions on the circulatory system, and others have shown evidence that Gotu Kola can destroy cancer cells. Historically, Gotu Kola was used to treat leprosy, and studies today have shown that it is an effective treatment, acting by dissolving the waxy protective layer of the leprosy causing bacteria, allowing the body’s immune system to take care of the bacteria. It’s also considered a mild adaptogen, making it good for what ails you. In Traditional Chinese Medicine, it is used for sore throat, urinary tract infections, tonsillitis, and measles. In Aryuvedic medicine, it is considered cooling, pungent, and bitter, effecting the digestive, circulatory, and nervous systems. It’s considered a nervine, diuretic, alterative, and one of the most major rejuvenative herbs in Aryuvedic medicine, especially for pittas, benefitting the nerves, brain cells, longevity, memory, and immune system. It eases nervous and emotional disorders and promotes mental calm. It purifies the blood and was used by yogis as a food during meditation, helping to awaken the crown chakra while balancing the left and right brains.

Folk Uses
Indian Aryuvedics first used Gotu Kola similarly to ginseng for promoting longevity, mental sharpness, and to slow aging; Gotu Kola was thought to contribute to the long life of elephants in Sri Lanka, as it was noted to be among their favorite browse, and soon developed the adage of “two leaves a day keeps old age away”. In the Philippines, healers used it to treat wounds. It’s used culinarily in Southeast Asia, Sri Lanka, and India, and can be added to salads, smoothies, pestos, or cooked as a leafy green, as it is often in Sri Lankan dishes such as Mallung (this recipe substitutes kale for Gotu Kola). It is an ingredient in a popular summer drink in India called thandaayyee, as well as in Thailand, where it is called Bai bua bok. It is essentially the pulverized leaves mixed with a sweetener (jaggery, sugar, or honey) and water.

Dosage
1/2 teaspoon of the dried herb per cup of water, infused for 10-20 minutes, drunk twice daily. Gotu Kola is bitter and astringent, so honey or lemon will improve it’s flavor. Compresses made from an infusion can be applied to wounds and psoriasis. Before meditation, a cup of tea with honey is recommended for mental clarity. A milk decoction makes a good nerve tonic, and when combined with basil and black pepper, it is good for a fever. Children under two should not take Gotu Kola internally. Large doses may cause headache, itching, stupor, and vertigo. This herb should be avoided during pregnancy. 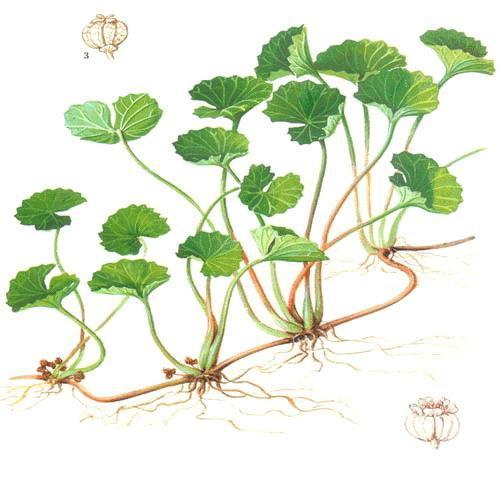 Growing Gotu Kola in a glazed ceramic pot to retain moisture, as it prefers swampy soils.